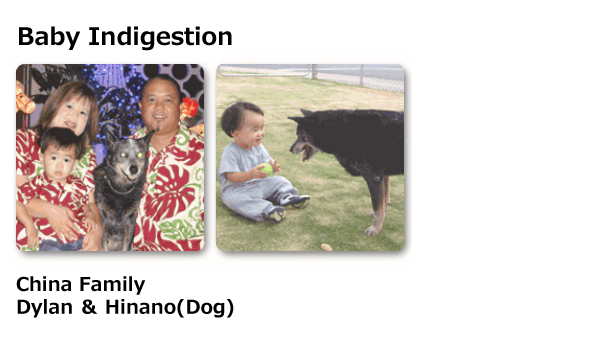 On May 24, 2006 our son Dylan was born weighing 6 pounds and 8 ounces. The joy at the hospital soon ended when he was two weeks old. He would wake up every hour hungry or not. His crying of pain and sounds of gas in his stosmach made two adult feel very helpless. His pediatrician called it an immature digestive system which you just need to help him release his gas or use simethicone drops.

We asked Dr.Yoza if he would treat Dylan.We brought Dylan in and treatment was very short and had no visible change in him. However, Dylan slept on the way home and his naps became longer and more the. We got worried about the length of his naps, so we woke him up to feed him and continued to wake him for the rest of the week.

The following week we took Dylan to see his pediatrician who informed us that if he is sleeping to just let him sleep. At two months old Dylan slept through the night, he would go to sleep around 7:30 pm and wake up around 6:30 am.Since then, he is doing fine and like Hinano(Dog), he would go in just maintenance.

Dr.Yoza also recommended not burping Dylan like the Doctors and nurses teach you to do. The strength and impact of patting the back with our hand was not necessary. A simple rubbing movement on his back made him burp and calm.

Whwn explauning the healing treatment that Hinano(Dog) and Dylan had from Dr.Yoza, people often say that non medical treatment is all in the maind.I often let them know that Hinano(Dog) our dog and Dylan our baby could not have known what Dr.Yoza was doing. Not everybody will have the same quick results that thay had. For example, Dylan’s 76 year old grandmother had treatment for a lot of things like ailments and body aches. But she wanted something instant. We’ ve learned that each person will improve at a differentrate. And sometimes the damage that we’ve done to ourselves, in this case over a period of 76 years, the healing will not be instant.

We will always share our testimony about Hinano(Dog) and Dyan with others.
What happened to Hinano(Dog) is truly a miracle.